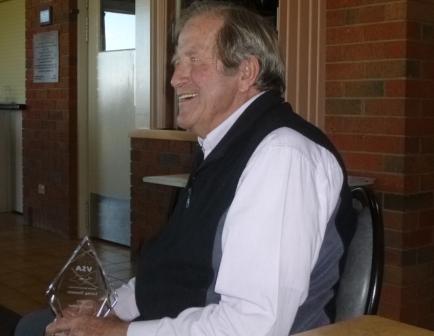 Ingo’s gliding career can be found on https://en.wikipedia.org/wiki/Ingo_Renner

Ingo was inducted into the Australian Aviation Hall of Fame and is outlined below and can be found on https://www.aahof.com.au/inductees/Ingo-Renner

Ingo Renner is hailed by many as Australia’s greatest exponent of gliding, winning four World Championship titles, numerous national and international titles and training hundreds of glider pilots in a career which has spanned more than 50 years. He was born in the village of Hude near Bremen in Germany on 1 June 1940. As a small boy, he was fascinated when watching models being flown and learnt how to make his own model gliders. At the age of 15 he was legally old enough to learn to glide and started taking lessons. He then gained his gliding license and his club nominated him to become an instructor.

After finishing his education, Ingo Renner worked as a ship builder, but he wanted to see the world and that meant leaving Germany. In July 1967 he arrived in Australia as a skilled worker at the Evans Deakin Shipyard in Brisbane. Not long after his arrival in Queensland, he convinced his supervisor to drive him to Oakey to visit the Darling Downs Soaring Club, now at Jondaryan. He was taken on a check flight and made such an impression that he was granted full instructor rating the following week.

He was in demand as an instructor and would travel from Brisbane to Oakey each weekend, driven there by his friends, as he did not own a car. In fact, Ingo owned his first glider in Australia, a wooden framed Schneider Kingfisher, before he had his own car.

He spent three years as instructor at the Darling Downs club. It was during this time he met and became friends with fellow glider pilot Bill Riley, who offered to provide him with a glider to compete in the 1969/1970 season National Championships being held at Narromine. Ingo came second. It was while travelling back from Bacchus March in Victoria to collect the glider that, at Riley’s suggestion, Ingo stopped at Tocumwal to check its suitability as a gliding site. Riley had the idea of starting a gliding school in Tocumwal and asked Ingo to join him as the Chief Flying Instructor.

In 1970 he moved to Tocumwal and began work at the newly established Sportavia Soaring Centre. For the next 36 years, Ingo Renner would instruct at Sportavia over the Australian summer months and then he would work as an instructor for the Oerlinghausen Gliding School in Germany for the northern hemisphere summers. He continued this until 2006 when he officially retired at the age of 65. He averaged around 1,000 gliding hours each year and this meant more time in the cockpit to develop his skills. The results showed in his performances at competitions.

Other wins include 19 Australian National Gliding Championships, the open class Austraglide at Benalla in 1984, the Bremen Regional competition in Germany, the Queensland State competition (twice), the Smirnoff Derby and Hitachi Masters of Soaring in the United States of America and the Tour Lilienthal held in Berlin to celebrate 100 years of flight.

Among his other achievements: a two seater Distance World Record set on 27 January 1975; a single seater speed World Record of 100 kilometres triangle of 195.3 kilometres per hour set on 14 December 1982. The latter earned him inclusion in the Guinness Book of World Records. He has held many Australian gliding records. He has also coached the Australian Team for world competitions, helped the Japanese organise and run their very first international gliding contest on Hokkaido and coached many pilots for international competitions both here and overseas.

His wife Judy has crewed for him at many of the events in which he has competed here in Australia and in countries including Germany, France, the United States, South Africa, Japan and New Zealand. Ingo and Judy are both foundation members of the Southern Riverina Gliding Club formed in December 2008. It operates from the Tocumwal Aerodrome and attracts a large number of trainee and qualified pilots.

In 1988, Ingo Renner was awarded a Medal of the Order of Australia (OAM) for his service to gliding and in 2000 he received an Australian Sports Medal for “high levels of achievement in international competition flying over a long period”.

In his gliding career Ingo has accumulated almost 36,000 hours of flying and 31,000 hours instructing trainee glider pilots. He has made a significant contribution to the aviation industry through his professionalism and dedication to the world of gliding.

Ingo is out helping, supervising and training at the Tocumwal airfield every day, the first there and the last to leave. He has had 60 years of flying with almost 36,000 gliding hours. He sets high standards and has a very quiet and unassuming manner.

He instills confidence in his students and they believe in themselves. Students find his calm and happy demeanor very comforting. If Ingo doesn’t say anything then the student is doing everything right. He doesn’t waste words and only corrects a pilot when he makes an error of judgment. He has recently retired as CFI but still an active instructor. He is now able to spend more time in his beloved Discus and no doubt will easily break the 36,000 barrier. We wish him well and he is a well deserving Living Treasure.

Where in the world can people have such access to one of most esteemed members and great ambassadors of our sport? Where can a passenger turn up at an airfield on any given day of the week from anywhere in the world and get a ride with a 4 times world champion with over 37,000 hours flight time.  Many times Ingo has taken students on days that have been great for cross country soaring where he conveys his very calming nature to the student When not flying, Ingo spends a great deal of his time talking and passing on his knowledge to all who wish to listen or ask for advice, from pilots trying to get their 5 hour diplopia, first 50 km cross country, flying in wave or mountains, even a 1,000km flight, the knowledge base is endless. Ingo is a living treasure and has dedicated his life to soaring, he continues to inspire pilots from all over the world.